past showings and events 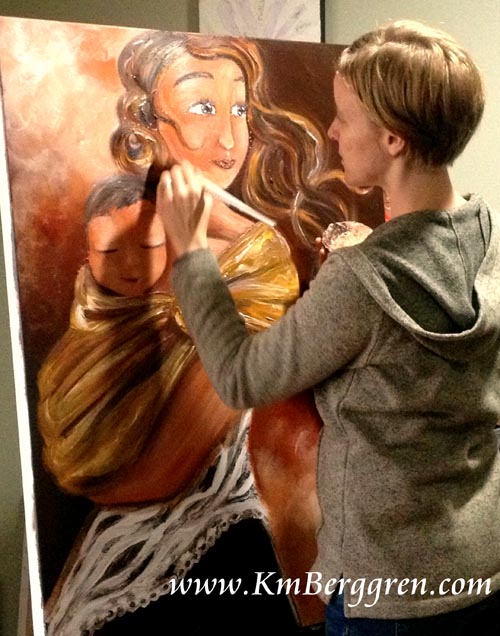 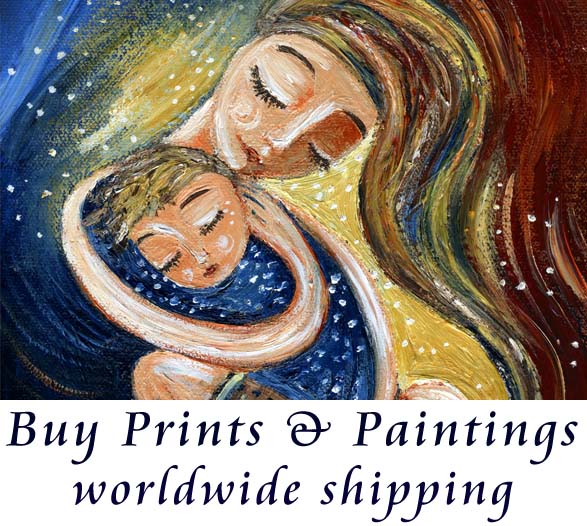 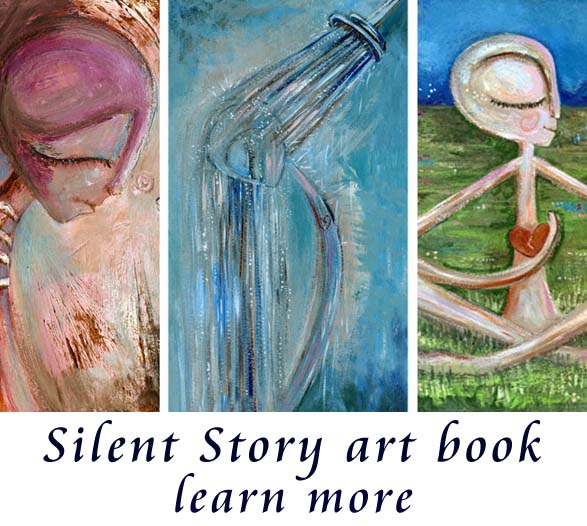 “Just ordered another of your beautiful prints – thanks again for so perfectly capturing my feelings about each of my children- I eventually want a print for each child that depicts some wonderful moment or emotion- it’s amazing how I can see one of your pics and know instantly which of my children it brings to mind- today I purchased “stillness and motion” because it so accurately captures the spirit and energy of my beautiful 7 year old! Can’t wait for it to arrive! Also, now that I’m a grandmother I look forward to purchasing one for my daughter and granddaughter too:)” ~ Dianna in Florida

“Buying from Katie is like having a best friend who happens to be incredibly talented and whom I love to purchase things from. Her customer service is so personal that I feel I should have her over for mimosas. And her artwork… well that just speaks to itself. Thanks Katie for being so awesome. May you continue creating special moments for many many years to come.” ~ Carolina in California

“I was moved to tears yesterday looking through the prints I selected.. physically holding such beauty in my hands it was as if I was seeing each print for the first time… My baby girl wandered over & let out an “awwww”. Then, I opened the calendar… gasp, it is absolutely gorgeous!! I was torn between hurriedly flipping through the months to see which prints were chosen and savoring each delicious scene. From the transformational momma art to the quality of the products to the packaging to the handwritten notes… I was left without breath & silently fulfilled. Thank you a million times more for doing what you do ever so elegantly.” ~ Brooke in Oklahoma

“I feel deeply touched and moved by your work. The simplicity and richness, the depth and care, whimsy and strength. You portray nursing, cosleeping and nurturing — attachment, connection, devotion — as normal. These images are normalizing of my life. I love them!” ~ Sheila in Pennsylvania

“You have a great gift that you give us moms who find it hard to express in words the way we feel… Sometimes the moments happen so fast that we are not able to capture and soak them in. So when we see those moments in a painting, it fills in the missing pieces.” ~ Delana in Texas

“I look forward to giving your work as gifts. There is such a genuine sensitivity, talent, beauty and warmth in it — everyone is deeply touched by it.” ~ Anchita in California

“As a mother of three, cosleeper, baby wearer and breast feeder I was immediately drawn to Katie’s work. When I came across this painting, it just spoke to my soul. It portrays one of those moments when a snuggle with your child transcends everything and you can feel the love pouring out of your heart, connecting you and your child in an indescribable way. Beautiful piece.” ~ Kathleen in Pennsylvania

“Your work is so beautiful, celebratory, playful and hopeful. I also, feel that your work can speak to places of sorrow, places needing comfort or reminders of lives – either now grown beyond newborn or even lives gone but cherished completely.” ~ Laurie in Illinois

“Your artworks are the most stunning creations I have ever seen, so passionate and yet relatable. The emotions they evoke in me remind me of those I feel when I look at my son. Thank you for being so talented, your work really is a joy to look at!” ~ Lola in the UK

“I received my print, Lift me Up, and completely love it! It’s amazing how that really is ‘my moment’! I have a beautiful little girl who has hair and the look of the little girl in the painting. It is such a blessing to find you and your beautiful paintings!” ~ Summer in South Carolina

“I got the painting in the mail and was going to wait until Mother’s Day… It was even more beautiful to see it in “real life” than on the computer. Thank you so much. My baby daughter has already figured out that it represents us. It’s been a pleasure working with you and it is exactly what I was hoping to get. I am definitely a huge fan of your work (and I’m not much of an artsy person so that says a lot).” ~ Annette in Germany

I received Sweet Talk (original painting) today and words just do not express how beautiful she is and how much I am in love with her! I fell in love with just the picture, but the actual painting is 10 times more beautiful than the picture. I was definitely like a kid at Christmas opening her! My daughter, who is 6, took one look and said ‘Beautiful, it’s me and you!’ I feel exactly the same:) Thank you again for letting me claim her! She will be cherished always.” ~ Lorelei in New Mexico

“Hi Katie, I just wanted to tell you that I love my painting you made. Every time I walk past it, it just makes me smile and fills my heart. I hope you realize just what an amazing talent you have and I’m so grateful you are sharing it with the world. Thank you!” ~ Jaynee in Washington

“Hi Katie, I received Infinite Love yesterday and I am over the moon! It’s breath taking! The kids and I looked at it all night propped in the den. I can’t thank you enough ~ you managed to capture us in the painting so beautifully. I’m so thankful to you for doing this for our family and I feel lucky to have your beautiful work in our home.” ~ Alex in Tennessee

“Fresh arrived today and oh my…I thought the prints of your work were beautiful, but they don’t compare to the originals! (Of course, I still think they’re beautiful, too!) It honestly made me gasp in amazement…so stunning. Thank you so much. I will definitely be saving my pennies for a larger original for a more prominent place in my home at some point!” ~ Aislinn in Texas

“Katie, Just wanted to let your know the painting you did for my husband’s 40th birthday was a huge success. He and I love “Three By The Sea”. We are now looking for a place a honor in our home to proudly display it. Thank you for capturing us so beautifully. We will treasure your painting dearly!” ~ Leah

“Even after so many years, and purchasing a few of your pieces, I still find so much joy in your art. I sometimes come to see your new pieces or look at the ones I have on my wall and feel my heart filling to the brim. Thank you so very much for sharing with all of us.” ~ A.K.

“I could not be more happy with these prints!!!! The quality is amazing and I can’t believe how fast they shipped! Now if only the frames I ordered would hurry up and get here! Thank you so much!!!!!” ~ Kristen in North Carolina

“This is an amazing one of a kind print that touched my heart and meant something to me as soon as I saw it. I received this print only two days after ordering it, shipping is amazing! Additionally, this seller is quite obviously very talented, as well as kind, and I am very much looking forward to buying more of her prints! Thank you so much!!!” ~ Shannon in New Jersey

“I love my collection of your art. It does serve to inspire and remind me, everyday, of the love I have for my family and the tenderness I strive to express, even when I’m ready to lose my mind!” ~ Laurie

“I just received my beautiful painting. It is absolutely lovely. It feels as though it was created specifically for me. Thank you so much! My heart is singing with joy as I hold her in my hands. I can’t wait to expand my collection. There were wonderful surprise cards and a 10% off coupon that I will promptly use. We are moving from Texas to San Francisco area this summer and once we settle I hope to have a commissioned painting of our family. It is really hard to wait.” ~ Parmis

“Thanks Katie. I could not be more excited 🙂 Our painting is just so so so so so beautiful, lovely, moving, creative, happy, peaceful, content — as the kids grow I’ll remember the joy of this phase of their childhood (and our parenthood) in such a positive and wonderful way. I can’t thank you enough for creating something for us that captures the connection between the four of us in a way that all the little love notes, pictures, hugs, kisses, and spoken word simply cannot.” ~ Sonia in Washington DC

“I can’t say enough about this painting. I believe that Katie has a calling to all mothers. She has perfectly depicted me and my four daughters in this print. I know that my girls will one day want this for themselves. Thank you Katie.” ~ Diane in Florida

“Natural Magic” arrived today! I fell in love with it as you posted progress on Facebook, but I have to say that the original far exceeded my expectations. It is breathtakingly beautiful. The subtle detail that is added from the brush strokes and texture just don’t come through in a picture. I can’t even begin to express how happy it makes my heart to look at your art. The painting has found a home on my piano with the prints I already had. Thank you so much for sharing your gift.” ~ Erin in Indiana

“This will be my first of many purchases from the Katie m. Berggren Online Studio Shop. First, the quality is unbeatable. It’s just so well made. The art is just so unique and original. I found myself somehow relating to every single picture and looking in amazement at the breathtaking time and talent put into every piece she does. I loved the calendar because I can look forward to having a new month to look at all year long. I’m just in awe of her work and can’t wait to see what she does next!” ~ Jennifer in Missouri

“Your gentle reminder to see has me realizing that there is a path that can cut through darkness. I just have to stop in the moment and look at my daughter, look at her face, look in her eyes. Is she happy? I see JOY, Katie. I see joy in my daughter. That is amazing to me. I’m crying as I’m sharing this with you because I would have missed this if not for your reminder to see. Joy that has always been so fleeting, like a ray of sunshine that just barely got a chance to warm before it is gone behind the clouds again. I had accepted with resignation that joy is like a butterfly that you should never try to catch. I’ve always recognized that I struggle with being in the moment, being present now. Thank you for giving me that gift, a key. All I have to do to connect with love and joy is to simply refocus and ‘see’ that it is right there with me. Thank You, Katie. I can’t thank you enough for how your paintings have touched my life.” ~ Dawn